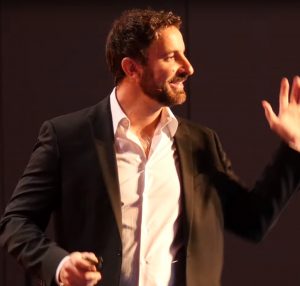 Hi there, my name is Manny Coats, and I was the orginal host of the AMPM Podcast.

I have been involved in online businesses since 1999, wetting my toes by creating the world’s largest and most visited humor site, TwistedHumor.com

Over the next 14 years, I founded or co-founded a number of successful companies involved with online marketing and sales, as well as PC software. In 2013 I started a mobile game development company which I still run today.

In late 2015, I jumped into the Amazon Private Label business after tons of research and networking. All of my previous 16 years of experience have helped mold this new business — everything from my online marketing and sales businesses to the insanely aggressive search-optimization tactics involved with marketing mobile games.

I’m the mastermind and founder of Helium 10, Seriously Good Software Tools for Smart Amazon Sellers. I made my first $1,000,000 in Amazon Sales 9 short months after starting out; I celebrated at the Hyatt hotel bar as I was getting ready to speak at the 2016 Amazing Summit.

Snapshot Facts About Me